After a good night’s rest, our crew was ready to stencil. We headed back out to the sea wall and unrolled the 12 foot stencils. It’s a good thing we all like each other, because it was going to take a lot of cooperation to make this happen. We needed half our group to hold the stencil in place while the other half painted. 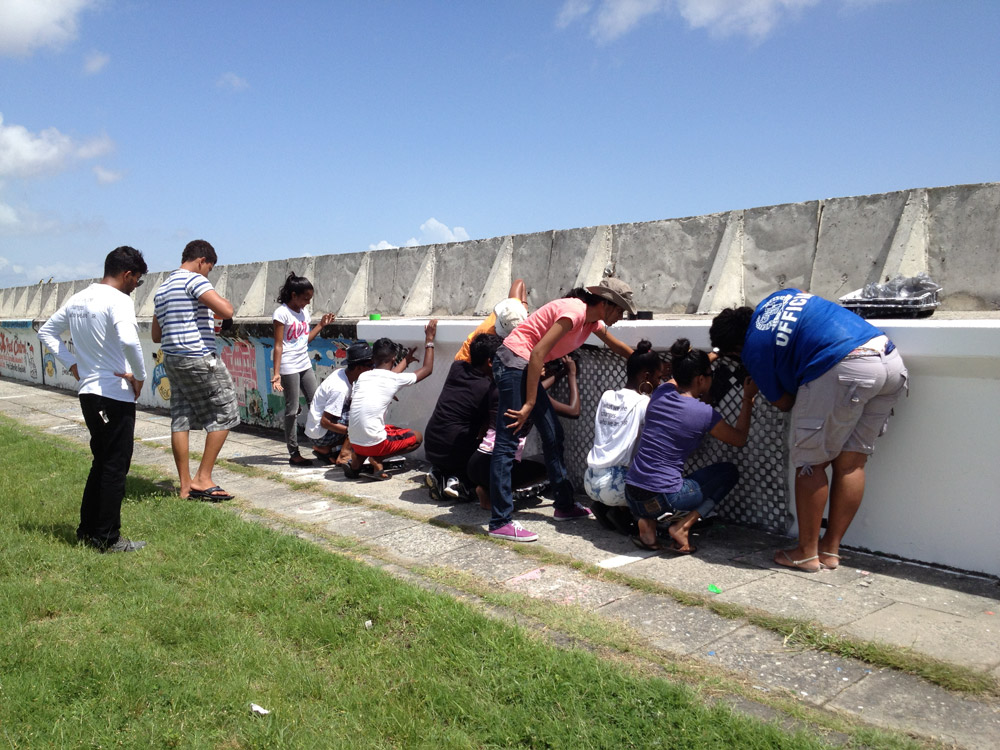 We worked closely, side by side, to paint the first set of eyes on to the wall, and it was well worth the effort. When we peeled the stencil off the wall, it was pretty cool to see. All the hard work we did the day before paid off. The stencil looked great. We took a moment to look at it and admire it. 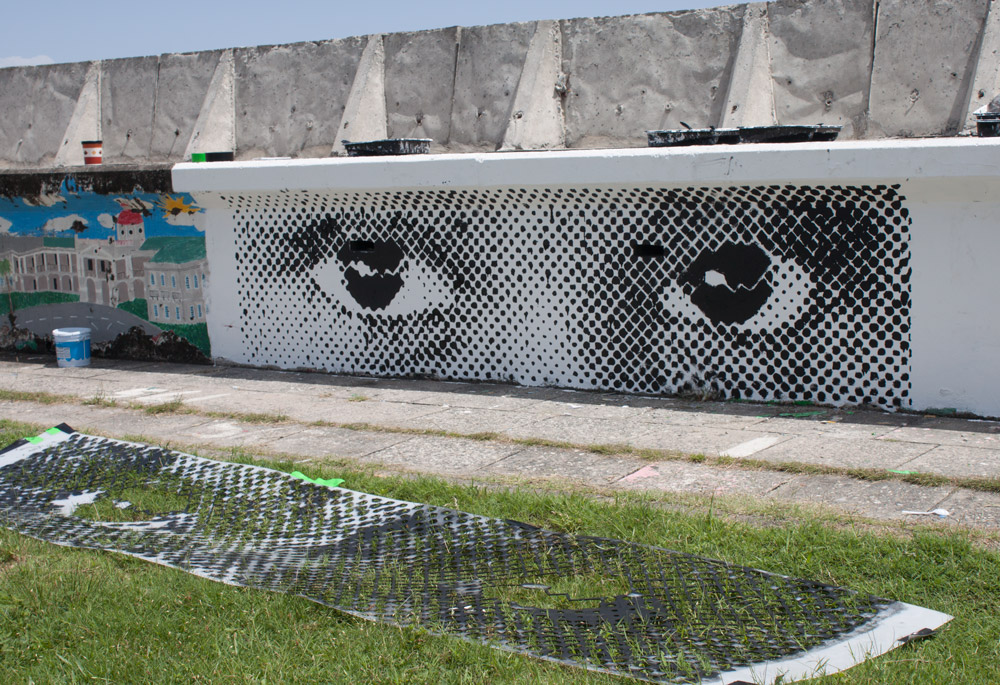 Now, it was up to us to continue paint stencils, alternating a stencil of eyes with a stencil of our tagline “What we see changes who we are” – JR  on the sea wall until we reached the end of our white wall. Enthusiastically we went on. However, the sun shone extremely bright today and the heat was cooking us as we painted. 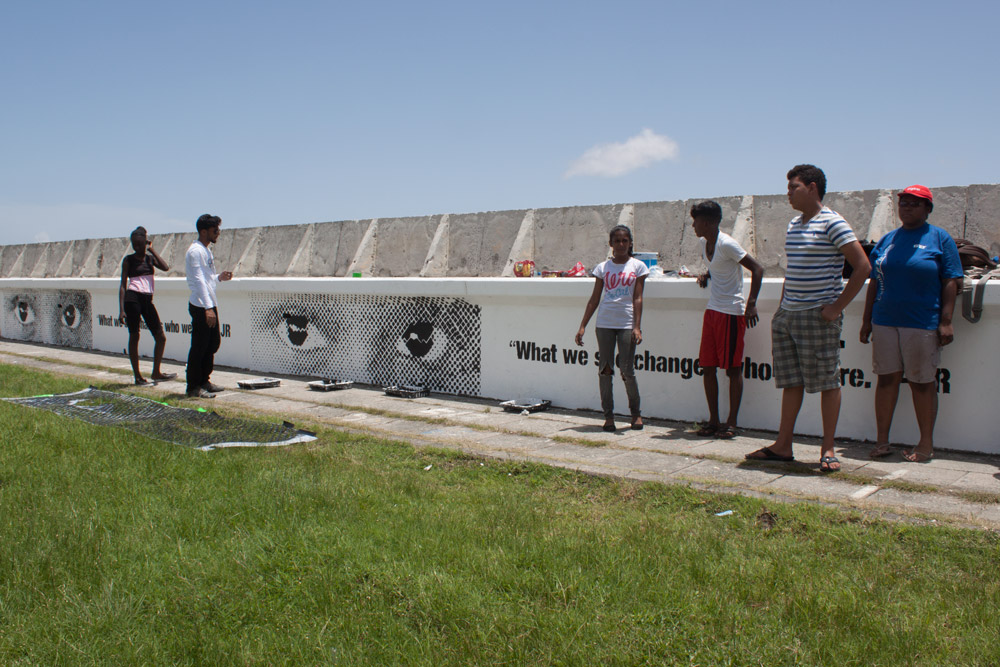 As our painters painted, some of our crew handed out fliers to folks diving by letting them know what WITNESS Project was about. Most people seemed happy to slow their cars and grab our little brochures. 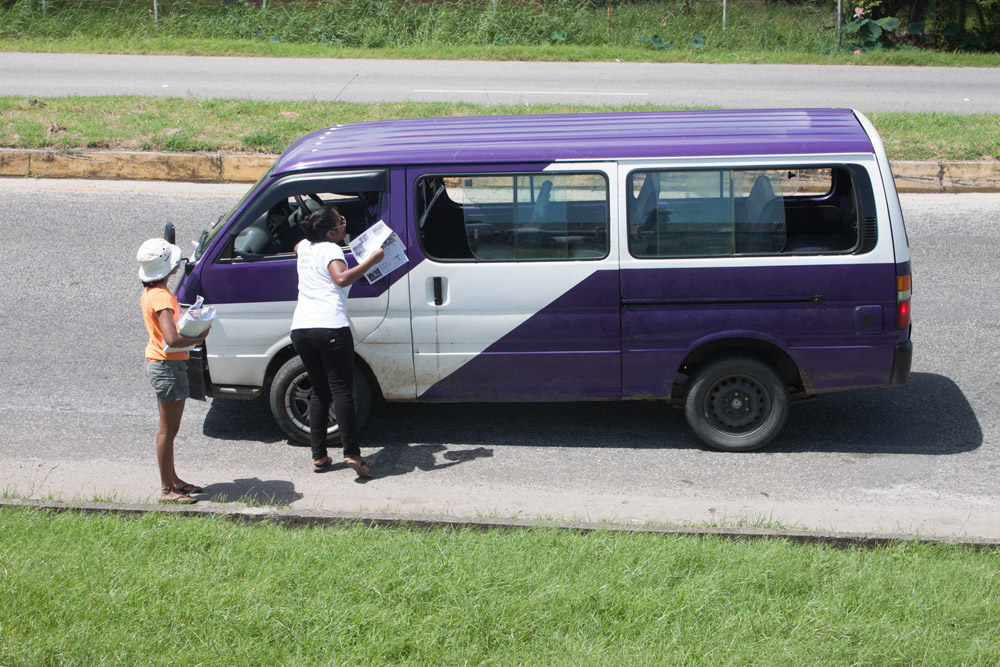 A few hours went by, and as lunch time approached, we took a break to evaluate our work and noticed that as the sun beat down on us, our energy level and attention to detail began to wane a bit. We noticed that the most recent stencils have taken on a more abstract look, and that if we had continued without breaking, would eventually end up looking like a bizarre Rorschach ink blot test. Yay for lunch! 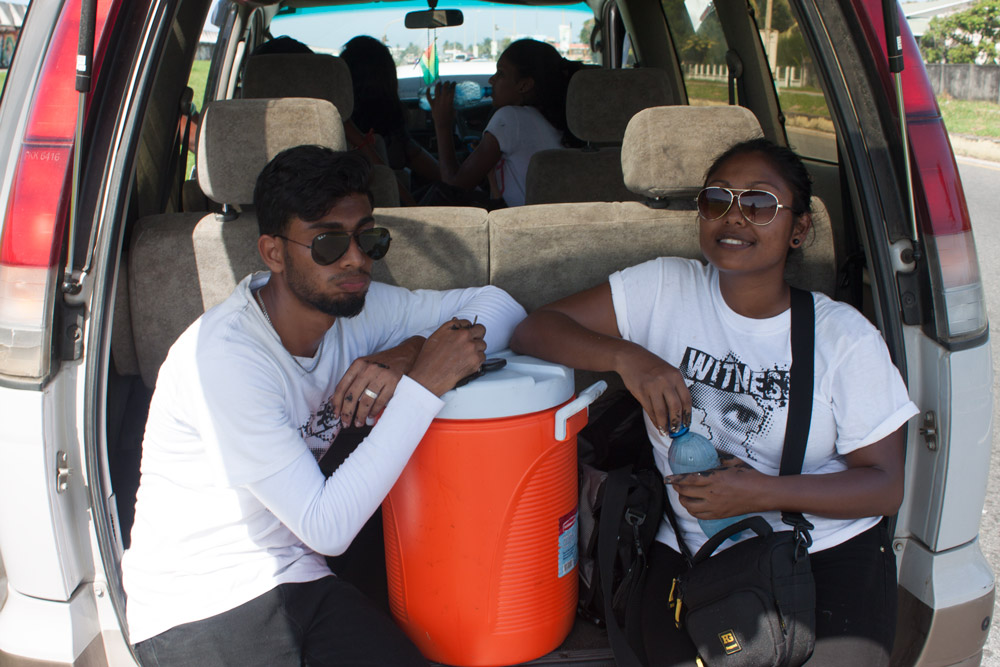 We hypothesized that now that we have eaten, perhaps the energy that the sun dried up, had once again returned. We decided that since I was the resident painter, I should repair the last eye stencil the best I could and the rest of the team would continue down the wall. Sadly, the sun had done it’s work. As the team finished the next set of eyes, they called to me saying, “You’ll probably have to fix this one too.”

Because projects such as these can have unexpected challenges, we planned for some flexibility. So, we decided that we will finish the stencils tomorrow. We will start earlier and we will succeed!