It all started with the amazing poster project inspired by artist JR three years ago. And every summer we put together a program with our young WITNESS Project participants that uses the arts to promote awareness for the problem of violence against women and children.

This year our project once again returns to the walls of Georgetown. Ever since our first poster project, our youth have been asking for a way to make their art more permanent. Giant stencils was the new medium of choice.

So today our stencil project began. We started this morning with an inspirational “Here’s our New Project” talk. You can imagine the looks of eager anticipation on the team’s faces as I described Phase One – Cleaning the sea wall.

“We’re going to clean a section of the sea wall today,” I said “by grabbing buckets of water from the ocean, and bringing it back to a group of us who will be scrubbing the sea wall with wire brushes.”

“Hooray!” they all cheered. Okay, maybe they didn’t cheer, but they were up for the challenge. 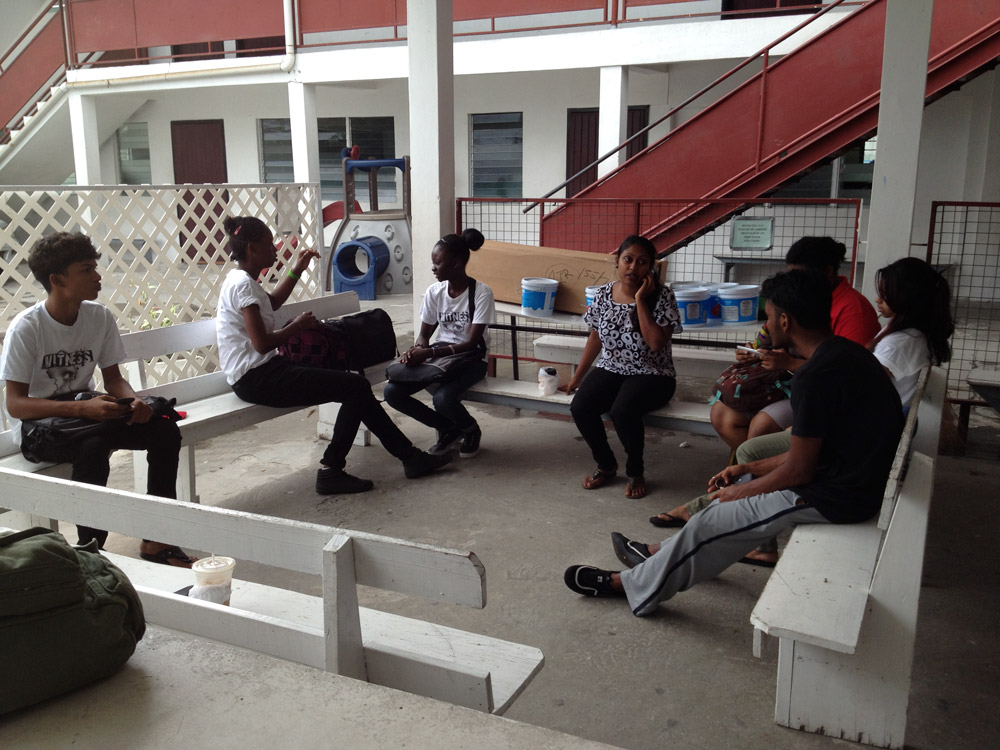 So off we went to clean and paint the sea wall white. 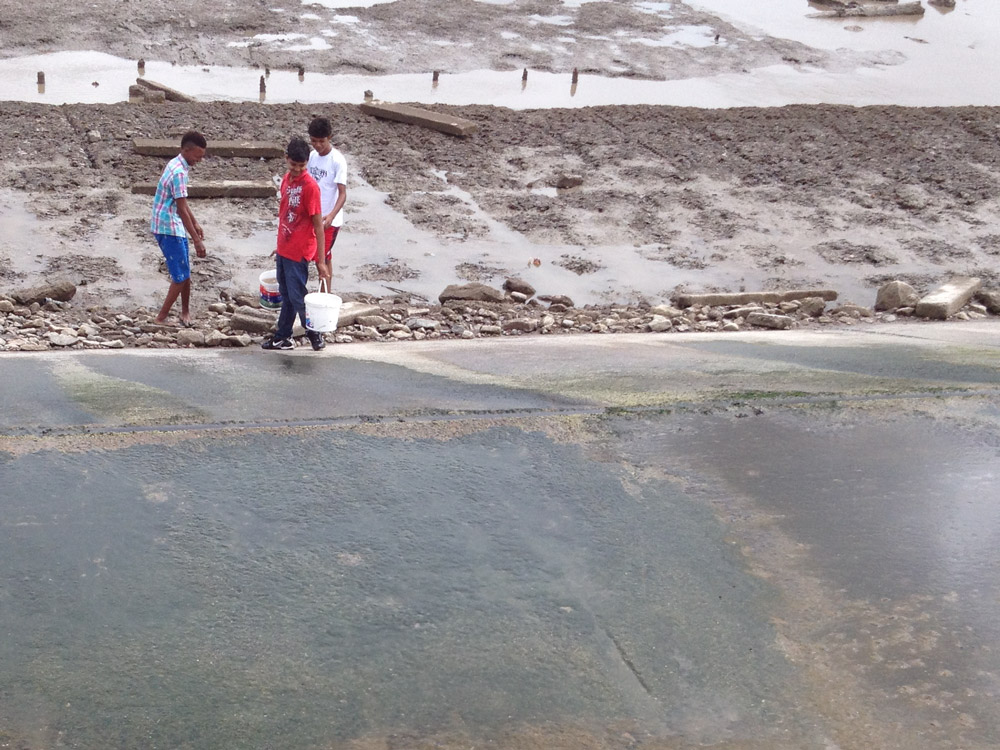 After lunch some of the group began to paint the wall while a few of the tenacious ones continued on with the scraping and scrubbing. By mid afternoon, we discovered that we had run out of white paint.

Should we stop or go on? That was the question. In a renewed passion for the task at hand, the group decided we should buy more paint and finish what we had set out to do. So our fearless team leaders set out to get more paint, and when they returned they found the group, a bit smaller than when we began, ready to complete the task. And complete it they did. By 5:00, we were finished and the weary, sweaty, salty crew headed home to rest up for tomorrow’s adventure. 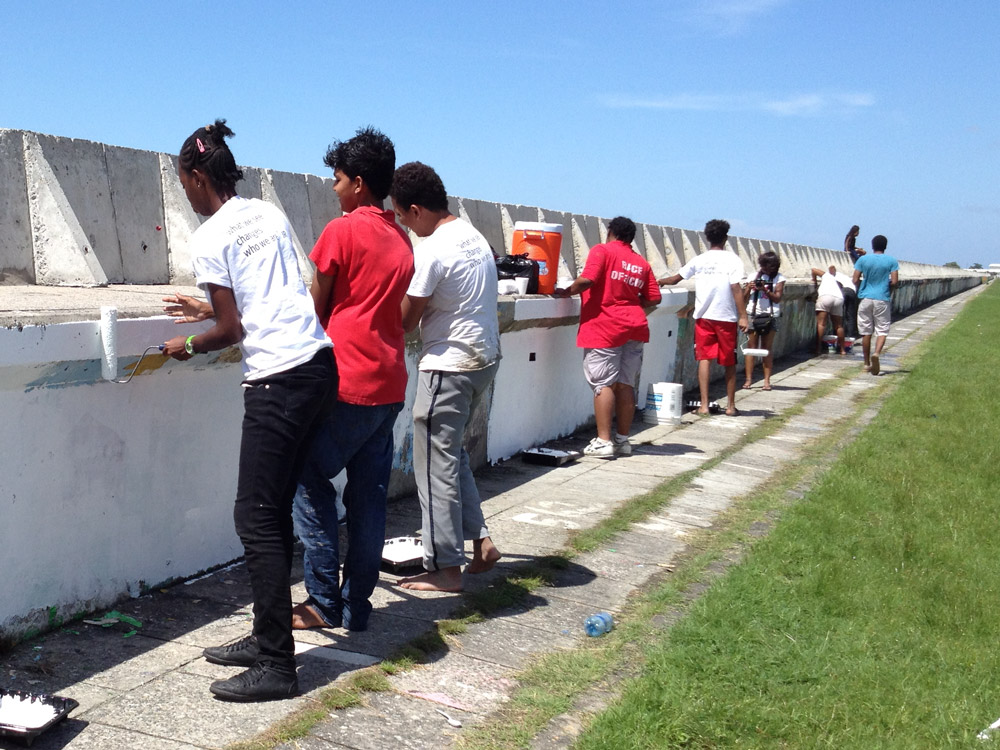