Today we were all smiles as we gathered at the seawall to finish stenciling at that location. We started earlier in the morning which really helped us from getting wilty. The crew stenciled vigorously and with a renewed precision which made the stencils look great.

As we reached the end of our painted white section, we found that we had some space left. A couple of our guys suggested that I paint the word WITNESS on that section, and then we could all initial it. It was great to have everyone leave his or her artist mark on the masterpiece they created together. 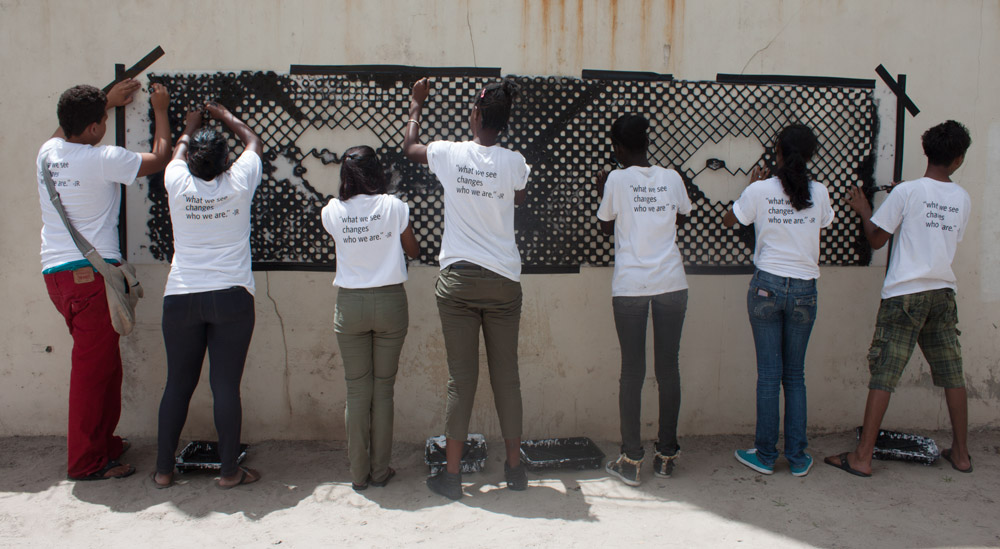 It was good that they were energized by the successful early part of the morning because we had more work to do. The next wall to stencil was the wall of School of the Nations.

We were given permission to paint one set of eyes so, we chose the location and went to work. The sun rose higher in in the sky, but our group now had this process down to a fine science. Fortunately, this wall was smoother and flatter that the seawall, we were able to complete it just in time for lunch.

Again we were tired, but our chicken and rice gave us the strength to go on to our final location, Help and Shelter. As we were painting at School of the Nations, a couple of our creative thinkers headed out to buy a can of spray paint to see if that may work better for the stencils. They tried it out, and determined that we should try it here at Help and Shelter. The spray paint worked well, but we found that one can does not quite cover an entire stencil, so our final work of art became a mixed media piece. 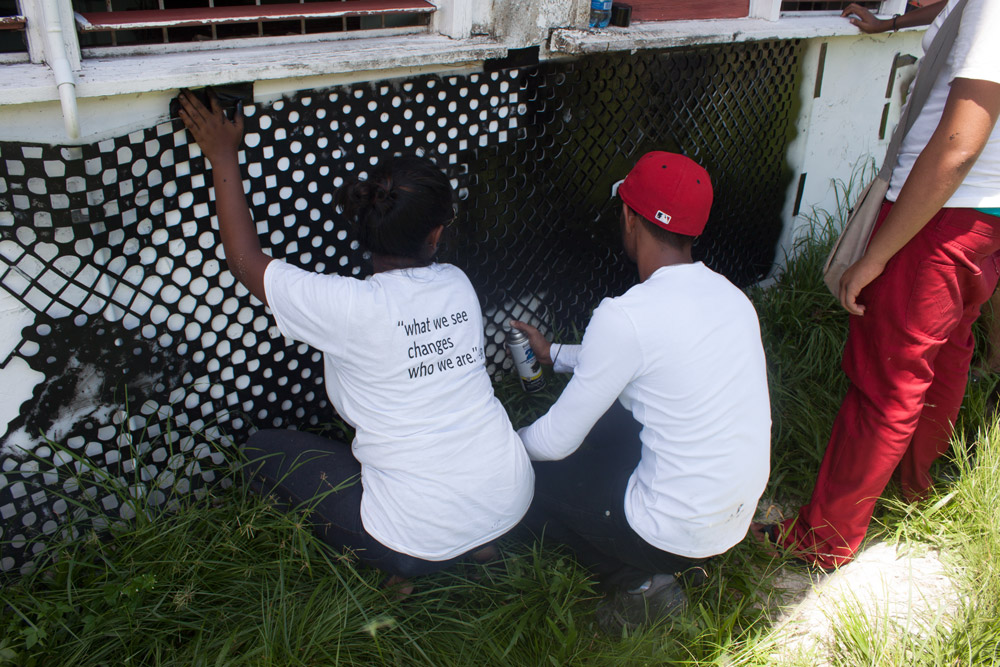 I think our stencil project was a success, and tomorrow will be my last day with the group. They now have the materials and the technique to continue covering Georgetown in stencils, reminding their community that what we see changes who we are.