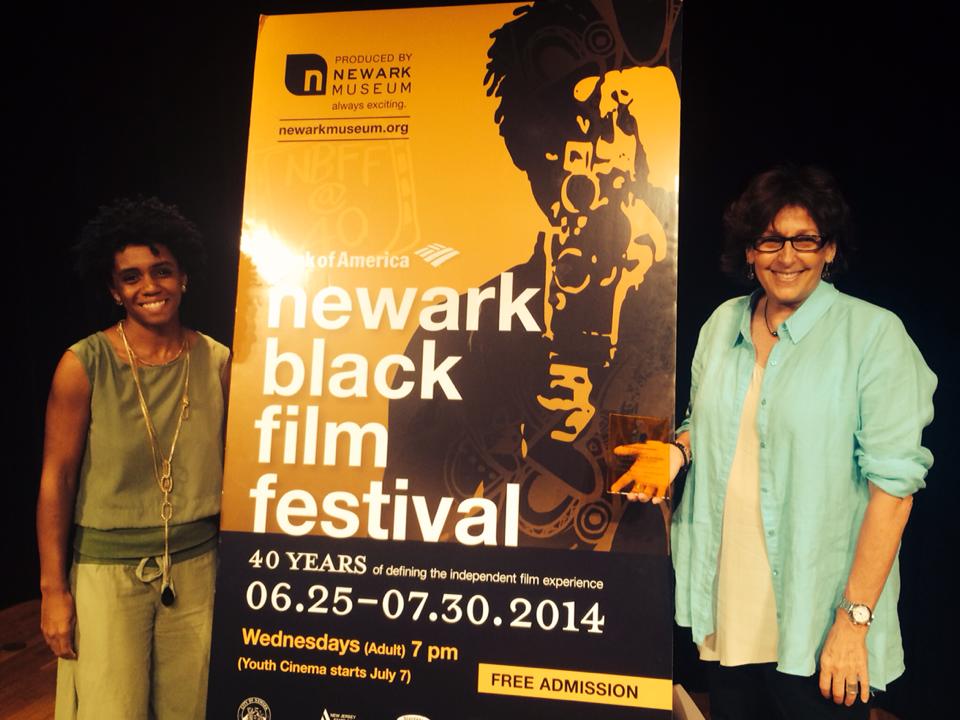 Last week Morgan Riles accepted the prestigious Paul Robeson Honorable Mention for a Short Narrative Award (Rebecca’s Story) from the Newark Black Film Festival. The Festival celebrated its 40th year of recognizing worthy films this year. It is part of the Newark Museum. The evening began with a reception at the Newark Museum main hall followed by the awards ceremony in the Museum’s auditorium. Morgan spoke beautifully and received the award on behalf of the WITNESS Project youths and MCF. The award included a beautiful glass plaque AND a monetary award made payable to MCF.

What an incredible evening! Following the awards we drove to Newark’s City Plex Cinemas and there watched Rebecca’s Story on a HUGE screen in a large theatre.

We were so proud to see the hard work of our young team up on that huge screen and so grateful that this hard work has been recognized and honored. We are absolutely overjoyed for our wonderful team! It’s a challenge to get accepted to screen a film at any of these film festivals let alone receive such an honor! We have been accepted at a number of film festivals AND now we can refer to RS as an award winning film!