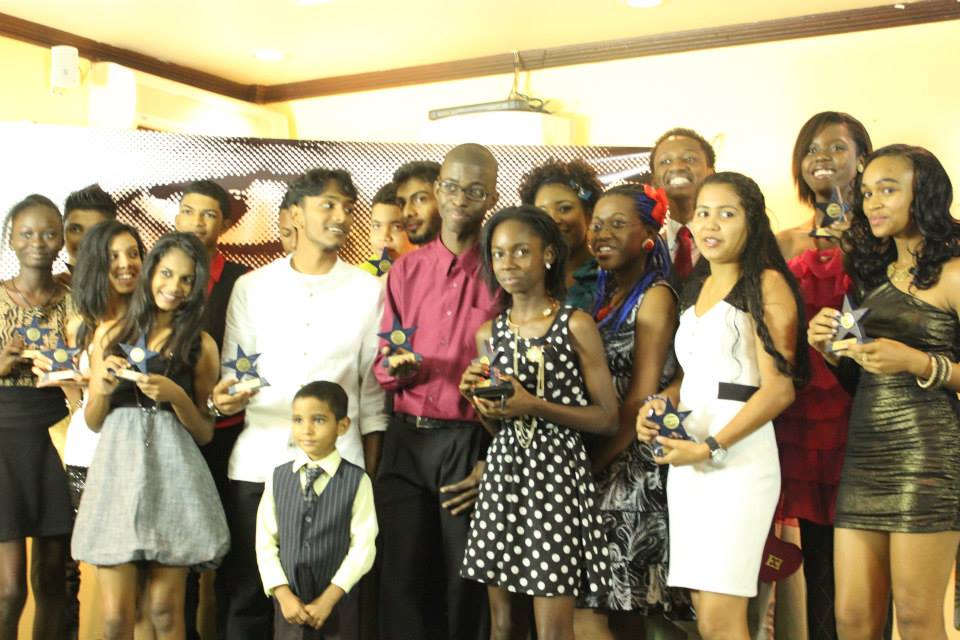 There was a lot of anticipation for the film showing but honestly nobody knew what to expect. As people were arriving we had the screen set to a powerpoint showing different pictures from all of our various programs…the poster program and on and on…then when we began the program we showed the Indiegogo film followed by opening statements by Minister Priya Manickchand. She gave a wonderful speech and spoke glowingly of MCF’s programs and of WITNESS Project in particular.

The parents were completely stunned by the performance and they were amazed and they absolutely could not believe it! They were beaming from ear to ear over the work of their kids. They were all just amazed by the whole night but particularly by the quality of the film. Everyone was amazed by that! When I was speaking in the run up to the showing of the film I made mention that the script is an adaptation from Verney Henry’s story and Verney’s sister and mom were beaming ear to ear.

There was a hearty round of applause after the film and we moved into the awards ceremony part which went smoothly with all of the people beaming upon getting their award!

We knew at the end of that night that it was a hit and that everyone unanimously agreed that it was very very professionally filmed and a winner!

The next day (Sunday) we had a group meeting to discuss future business but to get the kids reactions and more detail from their families….this was very interesting to me because first of all our kids have developed into rather poised, articulate young people, no longer shy like when we first met them. There was unanimous agreement that the film was VERY PROFESSIONALLY done and that they LOVED, LOVED LOVED IT! But I took notes and here are some specifics

I was excited..like I could watch it over and over again

It was so professional. It shows our point of view. I loved it.

It made me so proud and it made me feel great that I could do something like that.

I loved the movie and the quality of the movie. I loved how parents got to see how we see things.

I loved the movie and I didn’t expect such high quality. I was impressed with everyone because they were impressed by what we made.

I loved this experience and I hope to do this again. It was the memories of all of the tricks. The hard work payed off. The quality was astonishing…it was spot on!

I had no idea. It was amazing and my family was amazed by it. They said “this is big”. Its a nice feeling to be a part of something making changes everywhere.

The movie is amazing. I can’t wait to see it again. My family was speechless.

The film was brilliant, special, and I’m looking forward to the next film. I had flashbacks everywhere. It was awesome.

I never thought the film would be so professionally done!

Those are some of the highlights that the kids spoke of but of course there was unanimous LOVE for this film and how professional it is. It was their very proud moment and they deserved every accolade they received. We were all of us so proud of them and grateful for all of you. There was universal agreement that the score was super and they were surprised that it’s original and was done by a professional for their film.