An amazing time well spent with the members of the Dream for Today Foundation as I shared Rebecca’s Story with them. It opened a ground for grave and open discussion amongst members. The discussions surrounded the film but it was astonishing how bravely it was linked to society and the ways it appealed to each viewer. As we went through various aspects the film pointed out, many agreed with the messages that were sent.

‘The film is direct to the point, that shows and ‎expresses social issues which needs to be made aware of to the general public. It’s everything better than those boring educational shows that they show in schools where u have to spend time sifting through what the point of the film is’- Dream for Today Foundation Member

All in all it was a great time spent discussing realistic social issues in our Guyanese society, and it was amazing listening to my fellow youth discuss these issues and find solutions to problems. I do believe that this tool, once used to generate ideas and to highlight various ills in our society, will open ground for a greater level of thinking on a positive standpoint since I do believe that good things do come out from those who engage in positive and important conversations.

“Being a Witness is not alien to anybody, just by seeing someone being abused; orally, emotionally or physically m‎akes you part of that, if you do or say something or just show a blind eye to it. It doesn’t change the fact of what happened, we are all part of it even if it doesn’t happen directly to us. We need do something cause if it happens to us, I bet we would need that someone to just make that first step if we can’t find that ground to step on”- Dream for Today Foundation Member

“I believe that this tool is much more and will function much more effectively in creating discussions in highlighting and making the general pubic aware since it’s not a pamphlet, or a discussion that requires a facilitator. Since I can see my self with my family sparking conversations on what the film portrays, I bet even my little sister would join in on this cause its very clear and their audience target was well established since I believe both young and old can understand the film without any hesitation”- Dream for Today Member

With these varying positive testimonies about ‘Rebecca’s Story’ I must say I can’t wait to share it with a wider audience for I believe this is the beginning of something great that has been accomplished by the Witness Youth in their need to break the chains of Domestic and Child Directed Violence within the Guyanese Society. 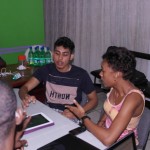 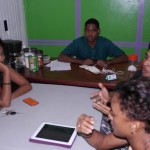 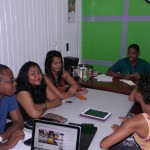 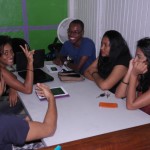